Muliple myeloma is a type of blood cancer that takes place within the plasma cells that are located within the bone marrow. When plasma cells are healthy, these plasma cells make special proteins called antibodies, such as immunoglobulins, to help the body kill germs and fight off infections.

Multiple Myeloma is a relatively uncommon cancer, but the American Cancer Society estimates that over 30,330 people were diagnosed with the disease in 2016. And the number of diagnosed cases has continued to increase over the past decade.

People who have multiple myeloma have too many plasma cells within their bone marrow. As these cancerous cells grow out of control, they crowd out healthy white and red blood cells, which results in a weakened immune system, so that the body is more susceptible infections and other health issues. 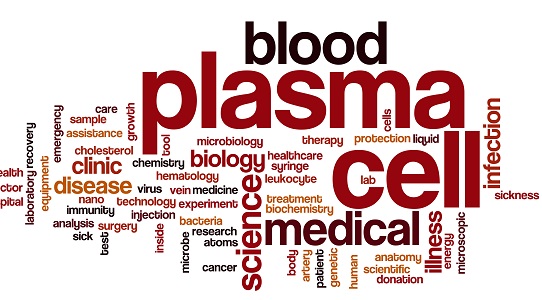 Symptoms of Multiple Myeloma
Some patients with early stages of myeloma may experience no symptoms of the disease, where possibly only sign of the disease is having an unexplained increase in protein in their blood. However, multiple myeloma may eventually result in a patient having more symptoms such as infections, due to a weakened immune system, as well as other health issues, such as anemia, elevated calcium in the blood, damage to the bones and kidney problems.

Risk Factors
Currently there are very few risk factors that are directly associated with multiple myeloma. Unfortunately, it is difficult to diagnose this cancer early, as multiple myeloma causes no symptoms until it reaches an advanced stage. In some instances, multiple myeloma may be detected early through a routine blood test that may show an abnormally high level of protein in the patient’s blood.

Multiple myeloma tends to occur more often in older patients, older than 65. This may be because the disease is difficult to detect early. It is also more likely to occur in males. And African Americans are also more likely to develop multiple myeloma, as are people who have been exposed to radiation or to asbestos, pesticides and other chemicals.

There may be instances where a genetic abnormality may be linked to multiple myeloma. While these mutations or changes in plasma cells are acquired, they are not inherited, so having a relative with this disease usually will not signify that another family member has a higher risk of developing multiple myeloma.

Detecting Multiple Myeloma
In many cases, multiple myeloma is first detected through early routine blood tests that show abnormal quantities of protein within the bloodstream.

Because multiple myeloma usually causes no symptoms until it reaches a more advanced stage, it is difficult to detect at an early stage. Should any symptoms suggest the presence of multiple myeloma, there are various tests that can be used to help provide a more conclusive confirmation. These tests may include blood lab tests, urinalysis, x-rays of the bones, as well as a bone marrow biopsy.

Treating Multiple Myeloma
Depending upon the stage of the cancer, the patient’s age, as well as other factors, there are various options for treating multiple myeloma.

While there is currently no treatment that will completely cure multiple myeloma, some treatments can relieve pain, control complications of the disease and also prolong the patient’s life by either stabilizing or slowing the progress of the disease.

Some of the treatments for multiple myeloma way include the following:

Patients should discuss all treatment options with their doctors to verify their goals for treatment, as well as better understand any possible side-effects that may occur with each type of treatment.

Clinical Trials
Clinical studies may also be an option for patients to gain access to a newer, promising treatment. Clinical trials are controlled research studies to monitor the effects of particular treatments, or procedures on specific types of cancers.

Moving Forward
New cancer treatments are proving to be more effective and less toxic than treatments of the past. These treatments are also helping more patients continue to live full lives during their multiple myeloma treatments and even thrive.

Thanks to new treatments, as well as new research findings, scientists are learning more about what causes myeloma and how to improve the treatment for it, offering us continued hope for a cure.