Breast Cancer Will Not Change Me

Diagnosed with stage three breast cancer shortly after her thirty-second birthday, Stephanie went through chemotherapy, radiation, a double mastectomy and breast reconstruction. And she did it as a young mother of an eleven year old. Throughout her journey with cancer, she managed to find a way to stay upbeat. Her philosophy was to stay true to herself and to not let her cancer define her identity. “You can’t let cancer change you, because then it wins,” she says.

Now cancer free, Stephanie recalls her experience of facing cancer at a young age and as a young mother.

The Discovery
About a month after her 32nd birthday, Stephanie found out that she had stage three breast cancer. For her, it was a shock, especially when she kept hearing from others that she was too young. “I think it’s a shock for anybody, no matter how old you are,” she says. “You don’t really think, hey, I’m going to get cancer at this age, or at this age.”

Rather than focusing on her age, Stephanie just wanted to focus on how she was going to beat her cancer. It wasn’t her age that mattered, it was getting better and doing whatever was necessary to accomplish that. “Get rid of it and get done and move on,” she says.

Even though she did routine check-ups every year, Stephanie noticed a lump on her breast one night and then asked a nurse friend of hers to examine it. After detecting the lump, which was about the size of an egg, her friend suggested she go to the doctor.

“I didn’t say anything to anybody at the time, because I didn’t want people to worry if there was nothing to worry about,” she says. Stephanie met with her doctor who set her up with a mammogram, not an ultrasound. 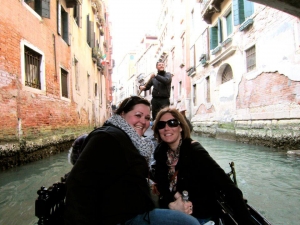 During the mammogram, nothing could be confirmed, even though her lump appeared abnormal and a biopsy was going to be required. A week later she met with her breast surgeon, who took a biopsy and confirmed that her tumor was in fact cancerous. Five weeks following her breast cancer diagnosis, Stephanie had a bilateral mastectomy.

Stephanie recalls the period between her diagnosis and her mastectomy as a scary time for her, as she didn’t know what to expect and remembers feeling very impatient and anxious. “You hurry up and then wait for everything to get done,” she remembers. “You hurry up and wait for phone calls,” she adds. “But then when you get the phone call, it’s like, no, I don’t want to do it yet,” she laughs. 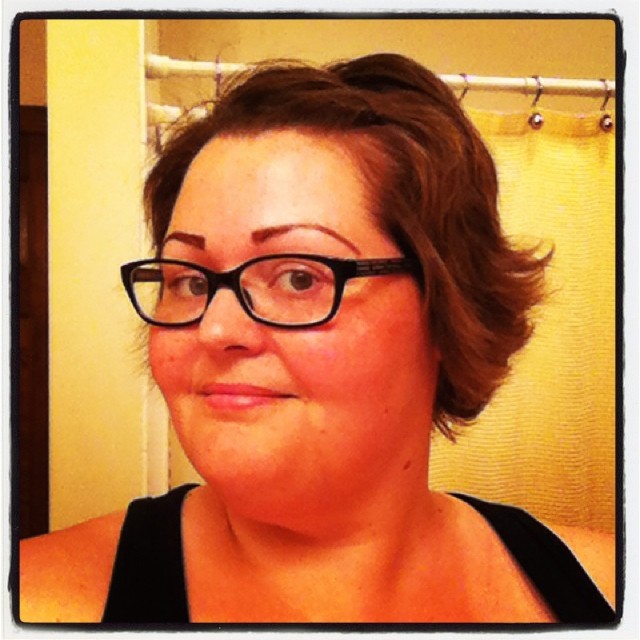 Breast Surgery – A Personal Decision
Stephanie recalls her breast surgeon giving her breast surgery options, but not giving her any recommendations as to what she should do, pointing out that ultimately the decision needed to be her own. “At the end of the day, I’m the one that has to be happy with the decision. I can’t really say, you made me do this, because that’s not fair to anybody else,” Stephanie recalls. “it’s my body and so I’m the one that has to made the decision as to what to do.”

Stephanie chose to have a double mastectomy. “I knew in the back of my mind that every day I would just be worried about it coming back,” Stephanie explains regarding her decision. “I just decided to get them both done because I am so young and I do have a long time to live. I don’t want to worry about that every day. And I don’t want to go through this again.” 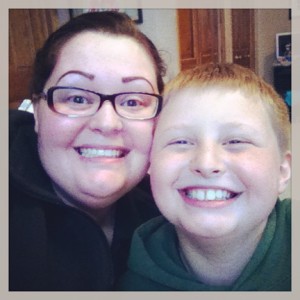 Going Through Cancer with Her Young Son
After Stephanie received her breast cancer diagnosis, she knew it was important to tell her son about it and what was going to happen. “I wasn’t worried about myself, I was more worried about him,” she says. “I didn’t want him to be scared, so my mom and I sat down with him and explained this is what’s going to happen and there are going to be days where I’m not going to feel good.”

She also let him know about some of the chemotherapy side effects she would experience, like hair loss. Throughout her treatments, Stephanie says that her son has been 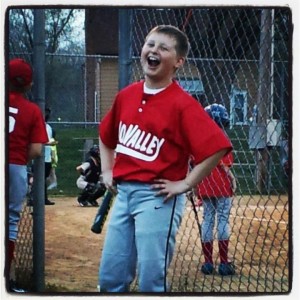 upbeat and wonderful. “It actually hasn’t phased him that much, because I don’t let it phase me,” she says. Stephanie admits that had he been younger, he probably would not have understood what she was going through.

“But he does understand, and he’s very helpful,” she adds. When there were bad days, where she could not leave the couch because she felt so dizzy, Stephanie recalls how her son would bring her wash cloths to put on her head.

Breast reconstruction by itself was a process, Stephanie notes, describing how she and her plastic surgeon would sit together and talk through everything, as there were many possible breast reconstruction options and a lot of information to go over. “I’ve never looked at so many different picture of women before in my life,“ Stephanie laughs. “She’s very good about explaining this is why we can’t do this with you, or this is why we could do this with you,” she adds. Stephanie found if very helpful to go over the various options with her surgeon so that she could feel comfortable about which option would work best for her. “Ultimately that was again my decision too,” she says, “but she just helped me to understand why this (option) would be the best one, and we always have a plan B.”

Diagnosed and going through her cancer treatment, Stephanie recalls being shocked that so many people had breast cancer. “It’s shocking to me, because you don’t hear about it,” she says. When she would tell others that she had breast cancer, she remembers hearing how just about everyone had someone they knew who had had breast cancer. “They’re like, oh, let me tell this, I know that my aunt or this person had it,” she recalls. “And they died,” she laughs. “I’m like, OK, let’s not hear about those.” Stephanie has a good piece of advice of what not to tell people who are going through cancer. “If somebody tells you they have cancer, don’t tell them about the person that died, please,” she chuckles.

Genetic Testing
After her cancer diagnosis, Stephanie learned that her grandmother had had breast cancer. Stephanie opted to have genetic testing to learn if her family was predisposed to cancer 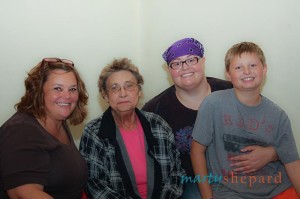 because of an inherited gene. 5-10% of breast cancers in the United States are linked to an inherited gene. “If it was genetic, then my sister would obviously, and everybody in my family, would have a higher chance of getting it,” she says, including her son. If she were genetic predisposed to having cancer, Stephanie also knew that she would have a higher chance of her cancer coming back, perhaps in a different area of her body. “It was very important to me just so that the other people in my family could kind of be at ease with it,” she says.

For her genetic testing, which included testing for breast cancer gene 1 and breast cancer gene2, BRCA1 and BRCA2, Stephanie says that she had blood drawn on the same day that she needed an MRI. Shortly thereafter, she received a phone call consultation from a genetics counselor, who talked to her over the phone. Her test results came back negative. “I think that if it would have come back positive, I would have actually went in and sat down and talked with her about it,” she says. 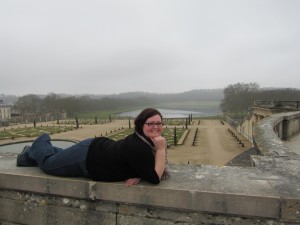 My Cancer Won’t Change Me
Since her cancer, Stephanie says that her life hasn’t changed that much. “Obviously I have a lot more doctors appointments than I used to,” she laughs, “but before I had cancer I was a pretty healthy person. I have an eleven year old, so he’s pretty much my life. And that hasn’t changed,” she says. “You can’t let it change you, because then it wins, and that’s not fair to me , or him, or anybody else in my family.”

Control What You Can
I’ve never really let things bother me,” Stephanie says. “It drives my mom crazy, because she’s like, why aren’t you worried?” “But worrying about it isn’t going to make the process go faster, or make the lump go away.” “You do what you have to do to get it done and move on with your life. It’s not worth the energy to worry and feel sad, and angry, or whatever. It’s just not worth it.”

Learn more about chemotherapy side effects and breast surgery options.