When she is asked about her long journey with breast cancer, Omaha native DeDra Robb responds reflectively.

“It’s definitely not a road that I would have chosen for myself, but I guess I’m walking it,” she says with a chuckle.

And if her current life is any indication, she’s walking that road with gusto, bringing along a “just do it” attitude as she goes through her treatment for stage4 metastatic breast cancer.

Sharing her journey with breast cancer, DeDra discusses her diagnosis, how her cancer spread, her treatment and the importance of living a normal life with her family while going through cancer treatment.

The Journey with Breast Cancer Begins

Over six years ago, DeDra noticed a lump in her breast. Shortly after she had it checked out, she was diagnosed with stage 2 HER2-positive breast cancer.

As a young mother of three children, the youngest who was 5 months old, DeDra began her cancer treatment, which included a double mastectomy, chemotherapy, targeted therapy involving Herceptin, and radiation treatment.

“I was 37 years old when I was first diagnosed,” DeDra recalls. “I chose to do a double mastectomy because I did not want to do this again,” she says, especially since DeDra also had a family history with breast cancer. Her grandmother, her mother and her aunt had all been diagnosed with the cancer, even though the family didn’t carry any BRCA or other genes. Besides the surgery, DeDra went through four months of chemotherapy, six weeks of radiation therapy and one year of Herceptin treatments. 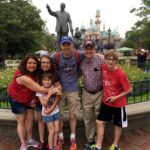 “When I was first diagnosed and just going through treatment, assuming that it would be a blip in our lives,” says DeDra, who trudged through her treatment plan. “I had my last Herceptin treatment on a Tuesday and that Friday my family went to Disney World,” DeDra recalls with a laugh. “We didn’t think we’d have to deal with it again.” 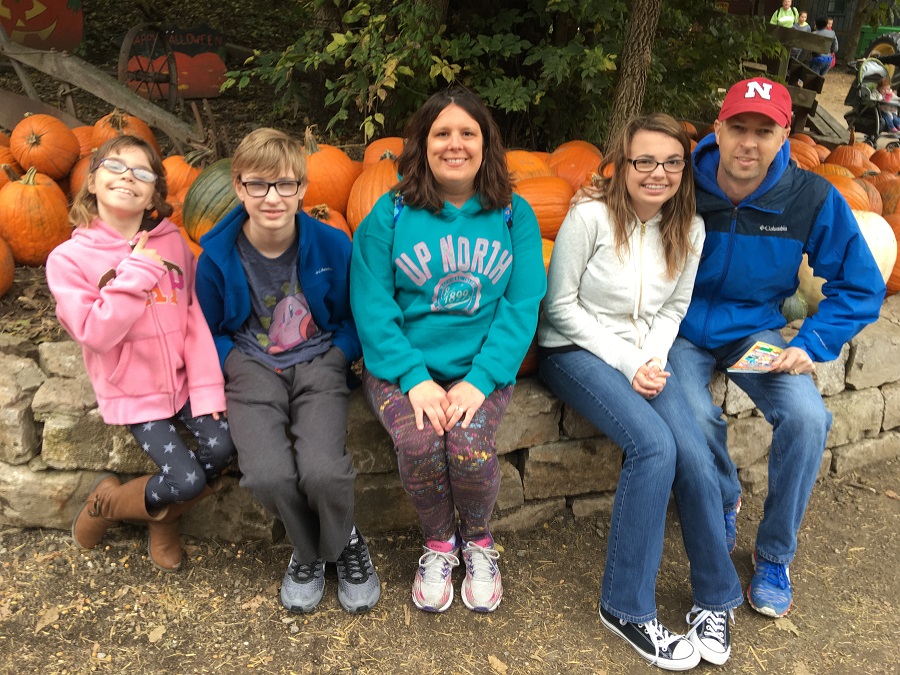 And just when DeDra thought that her journey with breast cancer was over, it came back. DeDra’s cancer had spread and she was diagnosed with metastatic HER2-Positive stage four breast cancer. “I was supposed to be fine,” DeDra recalls. “And three years later it came back, and that’s what we’ve been dealing with for almost three years now.” 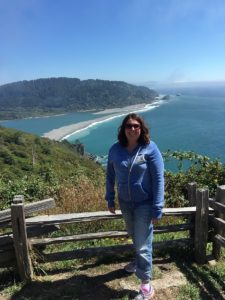 “A lot of doctors could have probably looked at my scans in those early days after my re-diagnosis and probably wouldn’t have had much hope at all,” DeDra recalls. But DeDra met with oncologist  to develop a treatment plan. “He never, ever took away the hope,” she says. “And I just think that’s so important in a doctor, somebody who’s not going to stand there with statistics and timeframes,” she adds. “He’s knowledgeable. He’s aggressive. But he’s also kind and he’s hopeful. “

Dr. suggested a newer targeted therapy called Kadcyla for DeDra’s Her2-Positive metastatic breast cancer treatment. “I take the treatment every three weeks and it’s like a smart bomb, as it takes the medicine directly to the cancer cells,” she says. “That’s why I don’t have a lot of side effects. I have hair. I have a really active lifestyle,” she adds.

DeDra has been using Kadcyla for over a year and a half now. How’s it working for her? “I feel great and I’m doing great,” she says. “It’s really been extraordinary for me.”

DeDra receives the treatment takes about thirty minutes and involves an infusion through a portacath. “Then you wait a half hour after that to make sure you don’t have any side effects right away, which I haven’t in a year and a half. And then you just go about your business.” 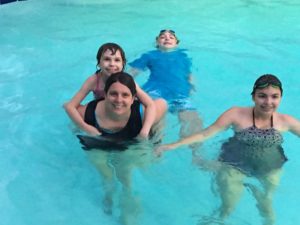 following week. “But I’m basically fine,” she says. “I have three kids and we do everything we need to do, so I’m in pretty good shape.”

“From Doctors to Brandi and then to all the nurses, Leeann and Barb, they have been here through my whole journey. And you can call them up whenever you need something and they’re just right there”, says DeDra. “Nobody has ever taken away any hope, or anything like that. They’re in it to win it too. “

In regards to her future treatments, DeDra remains hopeful and philosophical. “I’ve said from the beginning of this journey that I’m going for the miracle, and that’s still sort of my plan,” she says with a chuckle. “I’ll stay on Kadcyla as long as it’s effective. I know that there will come a day when it’s not, and then we’ll have to switch plans,” she says. “I’m sure that I will always have to be on some kind of therapy, but I guess I just have to deal with that when it comes down to it.

“My goals now are 2020, 2022 and 2028, which is when I have three graduations,” says DeDra in reference to her three kids. “I probably see life a little differently because I know how precious it is and there’s no guarantee for anybody, but it feels like for me I kind of know that little bit more.” 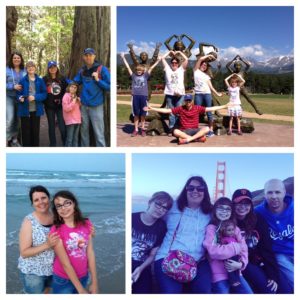 As DeDra continues her journey with cancer, she emphasizes the importance of living a normal life and staying active, doing things with her family and on her own. In fact you could say that her cancer has created a full life for her, as she’s become more apt to do things now that maybe she wouldn’t have tried before.

“We’ve been to the ocean twice; we’ve been to the mountains,” she says. “We take those vacations that you usually wouldn’t because they’re too expensive and not convenient, but we do that,” she adds. “I took my daughter to the Taylor Swift concert, we go to Royals games. Those are the kinds of things that you would say, no, we can’t do that,” she says. “But when you live with something like this, you say, yeah, let’s do it.”

DeDra brings her “just do it” attitude to other things in her life, as she recently signed on with Oncology Associates to do their very first video of their Carpool Karaoke series, where cancer survivors share and sing some of their favorite songs while also sharing their stories with cancer. Watch DeDra singing “My Church”, by Maren Morris.

Living with Cancer and Moving Forward

The future is always uncertain for everyone, but DeDra is not taking anything for granted. Her advice for anyone who may have to deal with a re-diagnosis: “It’s not over, it’s not the end,” she says. “You can keep living and you can keep living your life well, even though you have this disease. And if somebody tells you that it’s impossible to survive this, don’t take impossible for an answer. You have to believe that it is possible.”

Even with cancer and going through her treatment, DeDra has discovered that she can live a full, normal life. And it’s a life that’s creating new possibilities for her every day.