My Journey with Stage4 Colon Cancer

Diagnosed with stage IV colon cancer, Keisha Holloway shares her journey of going through cancer, which has included her cancer going into remission, only to come back again.

As a young working mother, with two children, it’s been a challenge for Keisha.

But it’s a challenge that she takes on every day with a fighter’s determination.

Keisha shares her journey with cancer; a journey that she says has actually helped her become a stronger, more compassionate person.

The Diagnosis
Two years ago, Keisha was having lingering stomach issues. Her digestion just didn’t feel right, so she made numerous visits to her doctor to see what was going on. “They kept telling me
that I was fine, I’m healthy,” she recalls.

Blood tests, x-rays, and an assortment of other medical tests confirmed nothing. All the results confirmed that she was supposedly healthy. Keisha recalls that her family practitioner, at the time, suggested she drink more water and maintain a more healthy diet. And Keisha made the changes, but nothing seemed to help. Her digestion issues continued.

Around this time, Keisha went to her gynecologist for her annual exam. Keisha told her physician that she noticed some swelling in her lymph nodes in her groin area. Along with her
digestion issues, Keisha was getting frustrated and asked her physician if she might be suffering from an infection that was causing these issues. Her examination confirmed some suspicion,
so her physician had Keisha undergo an ultrasound. “And the ultrasound came back looking crazy, and then I got a biopsy,” Keisha recalls.

Shortly after the biopsy, Keisha received a call to come back to her doctor’s office. “And I knew it was serious, because I called her to try and get my results, but she told me that I needed to come in,” Keisha remembers. 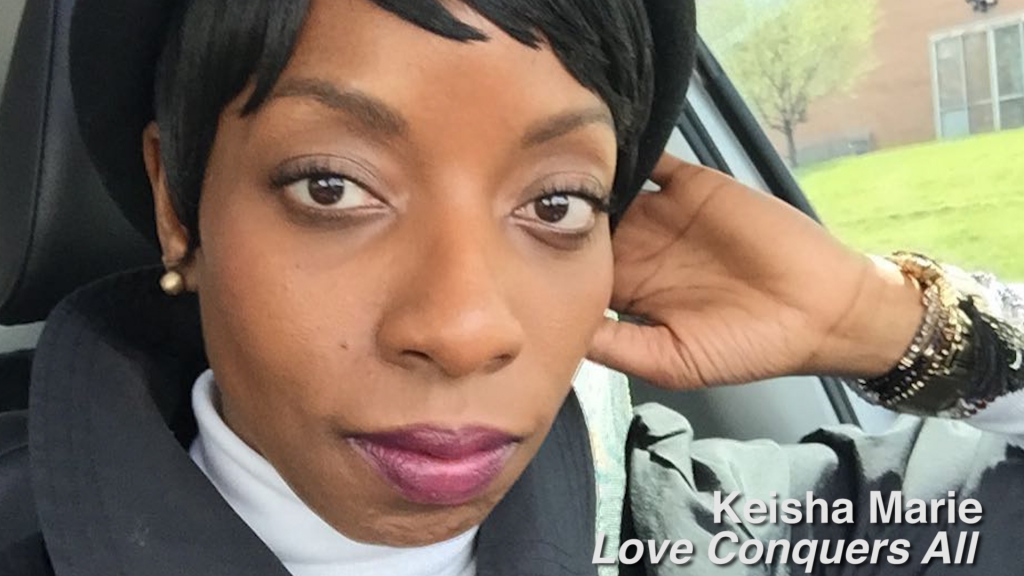 When Keisha went back to the office, her doctor explained that her tests confirmed she had cancer and that she needed to see an oncologist immediately. In fact, her doctor had already called an oncologist, on Keisha’s behalf, to secure an appointment.

Getting Through Treatment – The First Time 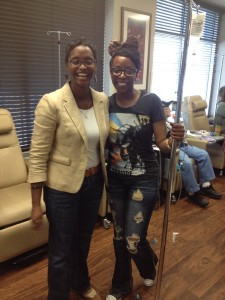 Keisha was scheduled to have six months of chemotherapy, with treatments taking place every two weeks. As she began her treatment, she remembers a question that was frequently asked by others: Does colon cancer run in your family? It did not.

When Keisha began her treatment, she was also surprised at the age of some of her fellow cancer patients. “The most shocking thing out of all this, that ever since I started this whole process, of fighting cancer, is just how normal it is. It was such a shock when I got my first treatment and I saw people who were young, just like me, getting treatment.”

Not Going Solo in Her Cancer Journey
When Keisha first started her cancer treatment, she chose to be very discreet about telling most people that she had colon cancer or was going through treatment. “During the chemo that I received, I didn’t lose my hair,” she says. “It thinned out a lot, but I’ve always worn my hair short anyway, so unless people were really close to me, or knew me personally, they didn’t know I was getting treated for cancer. In fact, I didn’t tell a lot of people for at least three or four months.”

What held her back from telling others? “When I first went in, I had this very strong sense of self worth. I had this goal in mind that was going to defeat cancer 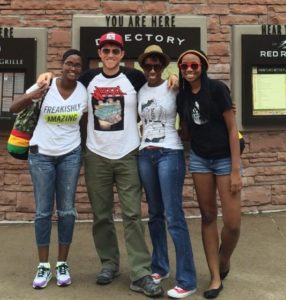 But the longer her treatment went on, Keisha gradually changed her outlook on keeping her cancer to herself. “The longer I had time to just kind of sit in it and spend time with myself, and get to know myself more, it helped me realize how important it was to allow people to support me,” she says.

“I started treatment in November of 2013, and I didn’t come out and tell everyone until February, close to when I was almost finished,” Keisha says. “And everyone was blown away that I’d been getting chemo every two weeks, and they hadn’t even known,” she recalls. “So, by February I was like, okay, I’ve got this. I guess I can open up about it now. And a part of me was also saying, you know, this is really, really tough.”

The Importance of Support

And when Keisha opened up about her cancer, she was amazed at the amount of support she received from people at her work place, as well as from her friends.

“It’s just one of those things that has changed me into a more empathetic and compassionate person,” she recalls. “Just allowing people to help me, whether it’s washing my clothes or picking my kids up and taking them out for dinner,” she adds. “Whatever the case may be, every little bit helps.”

Keisha was thankful for the overwhelming amount of support she received. It wasn’t the way she had imagined it. “I was afraid of being looked at as weak and it was everything but that,” she says. “It took a while for me to figure that out, but I think that once I opened up about it, and people understood what exactly was going on, it just made them look at me as an even stronger person,” she adds. “I learned a lot about myself and a lot about other people around me, who just want to help. That’s it.”

Get Through Treatment, One Step at a Time
During the hard times of her treatment, Keisha recalls how it important it was just to giver herself the time to get through it. “When I was going through treatment, and especially on those days I was really sick following treatment, those times when I was feeling depressed or alone, I just allowed myself to go through it,” she says. “And then you get through it,” Keisha says. “Let it be in the past and look forward to the future.”

And when the journey sometimes got rough, Keisha also found solace in being a mother. “I’m glad that I had children, who were kind of peeking in on me on those days when I was feeling weak, 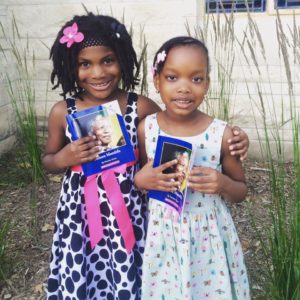 Instead of looking down the road, Keisha would remind herself that she was doing the best she could and to take everything one step at a time. “There’s no easy way to get through it, at all,” she says. “You just have to wait and allow yourself to get through it.”

Cancer Comes Back
Keisha went through six months of chemotherapy and then her cancer went into remission. “And then it came back, this year in May and I’ve been going through treatment since that time,” she says.

“When it comes back, you’re like, I already did this,” Keisha says. And she remembers wondering if whe did something wrong, or needed to learn something more from her second journey with cancer, or even if her cancer was going to dictate how she was going to live the rest of her life. “Those are all the questions I asked when I got that dreadful news in May,” Keisha says. “But I can’t worry about that and just have to focus on the goal at hand, which is staying healthy and being here so that I can watch my babies graduate, and get married and become mothers.” 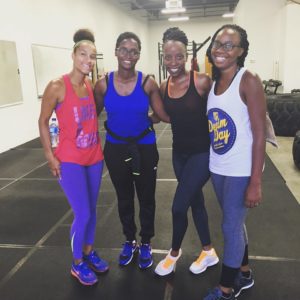 Going Through Treatment Again
Keisha and her oncology team are varying her new cancer treatment by having her go through treatment once a month. “Typically people will do a bi-weekly treatment, as long as you can go,” she says.

During her treatment, Keisha tries to maintain a very healthy lifestyle, keeping down the amount of carbohydrates and sugars she consumes, drinking only water, getting six to eight hours of sleep every night and keeping her stress to a minimum. “And it seems to be working,” she adds. “I’m just kind of trying to find my niche and figure out what’s working for me.”

Growing as a Person
Keisha says that she definitely learned even more about herself during her second journey with cancer. “I lacked compassion for others,” she says. “So I’ve become more empathetic and not kind of shunning people who complain about things that are going on in their lives.”

“I was so focused on making sure people didn’t define me for my cancer that it became my identity,” she says. “Something that I kind of threw at others, whenever they complained about things 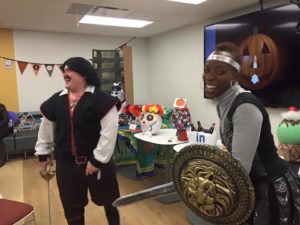 “Cancer is not the only thing I’m going through,” she says. “I’m a mom, I have to work. I have bills. I have everything else everyone else in this world has. At the end of the day, we all want the same thing, which is love, peace, harmony and the freedom to do whatever it is that we wish to do that makes us happy.” 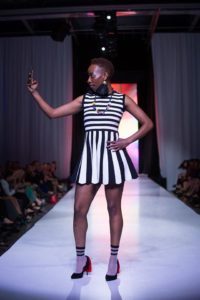 Keisha says that she’s feeling great. “The only time I’m reminded that I’m sick is when I come here to chemo,” she says, adding that while the chemo helps, it also comes with side effects. “But I think that the body is so miraculous in terms of being able to heal itself,” she says. “And as long as I continue to take care of myself then eventually I’ll get back into that remission again.”

Every day is a new beginning for Keisha. Each day she puts on her best face, steps out into the world, living life and taking on her cancer, one day at time. And then she comes back home, crashing, only to start over and do it all over again.