In this new cancer survivor story, Mike Hatfield shares his story of going through stage four throat cancer. While it was difficult enough for Mike Hatfield to learn that he had a stage 4 larynx cancer diagnosis. But the diagnosis seemed even more bleak for him when he learned that he might never play his beloved basketball again. Growing up in Omaha, Mike had two staples in his life. His music and playing ball.

A one-time front man for various local bands from the sixties through the eighties, Mike eventually had to give up music. But he still managed to make time at his local YMCA to play some hoops. Now it looked as though he b-ball days might be coming to an end.

Mike’s journey with cancer began with what he thought was a bad, lingering head cold that just seemed to get worse. Mike brushed  his symptoms off as a cold, until a long-time friend of his pointed out that his symptoms were getting worse and urged Mike to go and see a doctor. 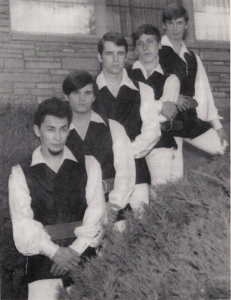 Mike did go and soon learned that he had a fairly advanced laryngeal cancer. Because of his stage four diagnosis, one doctor recommended he take treatment quickly and suggested a couple of options. One throat cancer treatment option would be more invasive, which involved surgery and carried a high risk that Mike might lose the use of his voice. That wasn’t an option for a former musician, so he opted for the second treatment option which involved chemotherapy and radiation therapy. And because of his advanced cancer, he would need to begin his treatments immediately. 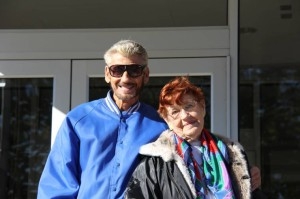 While his treatments, particularly since they were concurrent, began to wear him down, Mike stayed determined that he not only was going to make it through his treatments, but that he would eventually play basketball again. During this time, Mike also found his faith, as he began attending a local church. He found renewed strength and purpose, especially after his pastor told him that he wasn’t ready to go, since he had unfinished business to attend.

Mike has taken that to heart. Today he is cancer free and he’s thankful for the opportunity to spend more time with his sister Shirley, his pet cat and to be able to play basketball again, which is does regularly now at spry age of 72. But, perhaps, most important for Mike is that he hopes he can help others going through cancer by offering himself as evidence that even an advanced cancer diagnosis need not be a death sentence. “You’ve got to keep on believing and you’ve got to trust your doctors,” he says.