After he was diagnosed with a late stage lung cancer, Steve Malcolm made the most of his situation. During the lengthy treatment for his cancer, which included both surgery and chemotherapy, Steve picked up cycling.

In many respects, his determination and his new found hobby helped give him a second chance at a new life. Now a ten year plus lung cancer survivor, Steve has a new relationship with his personal health. He lives a more active life, where he’s still biking stronger than ever and living well.  In this story, Steve talks about his cancer diagnosis and cancer treatment.

Around March of 2002, Steve remembered not feeling very well. He was short of breath, having flu-like symptoms. At the urging of his wife, he went to see a doctor. An x-ray showed a tumor. Shortly thereafter, Steve was given a treatment plan for his lung cancer. He would have chemotherapy first and then follow his treatments with surgery. His chemotherapy treatments help shrink his tumor down and then it was removed with surgery.

During his treatment, he learned that one of his physicians, was a bicyclist. Steve decided to make cycling part of his workout regimen and he started biking during his chemotherapy. “I never really had any problems until about the last treatment or so,” Steve recalls. “And I was finally getting run down at that point.” Steve learned that his blood cell count was low and was given a shot to give him a boost. Throughout his treatments, he remembers it was tough but he managed to not miss any work, even though he was sometimes getting a double dose of chemo.

To help alleviate his nausea, Steve was given Prednisone, which worked, but it also helped him add quite a bit of weight. About thirty days after he completed his final chemo cycle, Steve had surgery. “I was very scared, to be honest, when we went in there, not knowing what to expect,” Steve remembers. But his operation went well. “I will tell you the chest tube is not a fun thing when they take that out,” he adds. 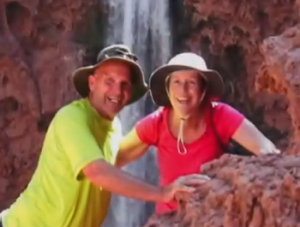 Throughout his diagnosis, his treatment and his recovery from lung cancer, Steve acknowledges how important the support from his wife Nancy was to him. “It didn’t matter to her what time of day I needed something or if I needed to go somewhere. And I fought her the whole way,” he recalls. “But, she never quit on me. I’ve been blessed all the way through this.”

Following his operation, Steve was told that he should take about six weeks off from his work. “I’m kind of a little rambunctious,” he says. “I think I was back to work in two weeks, I think, part time.” As for his biking, Steve was told that he needed to take it easy, maybe a couple of miles. “And so I would go three or four miles was all. It was kind of like a victory lap at that point,” he adds. 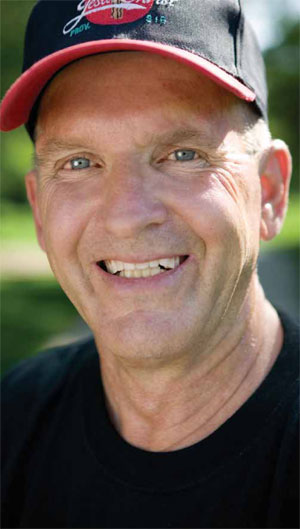