Ovarian cancer survivor Yvonne Sumner never thought she’d be a cancer patient. She was just being “grandma”, going in for a routine check-up, when she was told that she needed a CAT-scan because her doctor had detected something.

“I’ve got six grand kids running up and down the road,” Yvonne remembers. Her grand kids would come out to her farm and spend the whole summer with “grandma”. “And I was going strong and before I knew it, I was off for Omaha because I had ovarian cancer,” she recalls. “It’s just something that you think you’ll never ever have,” she says. “You don’t think you’ll ever have it, but everybody can get it.”

Getting Through the Cancer Treatment
Being diagnosed with ovarian cancer was really a shock for Yvonne. “It knocks you off your foundation,” she says. Yvonne was told that she would be taking two 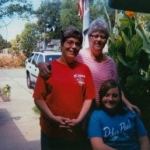 different chemotherapy treatments, which were pretty strong. And she was nervous about going through chemo as she heard stories about other patients going through their treatments in little rooms, alone by themselves. But when Yvonne came in for her first chemotherapy treatment, she saw a nice, open room, with friendly staff and other cancer patients, who welcomed her to the room. “After I came in the first time, it felt so good,” she recalls, especially after how she had envisioned the chemotherapy room. “And then wham-o, you get it,” she says, referring to her treatment. “At first I was such a nervous Nellie,” Yvonne says. “And I called everybody to pray for me,” she chuckles. “And every test I had, it started looking good for me.”

Telling Her Grand Kids She Had Cancer 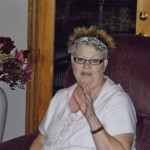 Besides the challenge of going through cancer treatment and dealing with it, Yvonne didn’t know how she was going to explain to her grand kids that she had cancer. One day when her oldest granddaughter Brooke, who was fourteen at the time, came over to visit, Yvonne decided to tell her that she had cancer. And when she did her granddaughter replied, “I know grandma, mom told me.” Yvonne remembers telling her granddaughter not to worry because she’d be ok, and Brooke replied, “I know you will, grandma, because you’re a fighter.” When Yvonne realized that all of her grand kids knew that she had cancer, it became easier for her to talk to them about it and explain what was going on with her treatments.

When her she began losing hair, as a side effect from her chemotherapy, she had some of her older grand kids help her shave her head. 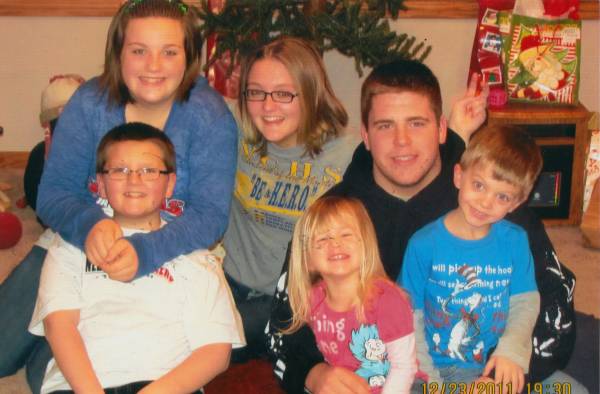 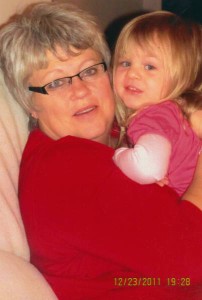 For her younger grandchildren, who were only one and three at the time, Yvonne chose to wear a wig, telling her daughter that she was afraid that her shaved head would scare the kids. On one day, when all the grand kids were around, Yvonne remembers trying to wear her wig but that it became just too warm for her to wear it. She took it off her wig only to hear “Grandma, what happened to your hair!”, from her grandson. She remembers telling him, “I got sick and had a bug in me and had to have it out and my hair fell out.” Later, once Yvonne’s hair began growing back, her grand son told her,”Grandma, we like your new hair better.”

Yvonne wound up going through three rounds of chemo, which were administered through a port-a-cath and now that her treatment is complete, she still follows up every three months to check-in on how everything is going.

The diagnosis now looks good for Yvonne. She was told that her cancer is contained. And Yvonne believes that her optimism, her prayers and the support and prayers of others are responsible for her getting back to speed so that she can enjoy more quality time with her grand kids and being grandma.

And even though her prognosis is looking good, Yvonne still has per port, but she thinks she’s just about ready to finally have it removed. “They told me I could, but I just haven’t made an appointment to take it out,” she says. “I think I’m going to get it taken out, because I think I’m a survivor. I’m going to be a survivor. Yep, I will be.”