Getting Through Breast Cancer With a Smile

Christine had always considered herself to be in good shape. A self professed exercise nut, she also enjoyed hunting and fishing. In fact, she did push ups so that she could handle her heavy rifle. She also always tried to eat organic. And she didn’t even have a family history of cancer. If anything, she jokes that she was probably too healthy.

She recalls that she was feeling at her strongest when she first noticed that something wasn’t right. It was the 4th of July, she was watching fireworks by the lake, when she felt the lump on her breast. The lump was painful, so she ran into the bathroom, thinking that maybe she had a tick.

Getting the Breast Cancer Diagnosis
Realizing it wasn’t a tick, Christine asked her sister to take a look. Her sister thought that maybe it could have been hormonal, as her daughter occasionally had similar lumps which came and left. Christine remembers thinking that maybe that was all there was to it, but then the pain kept getting worse. “It literally was not there two days prior,” she recalls. And within the next three days, Christine called her doctor, who asked that she come in the following day. 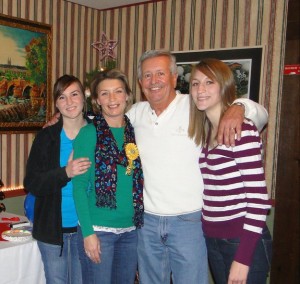 After meeting with her doctor, Christine had both a mammogram and an ultrasound. Following her ultrasound, Christine recalls the ultrasound technician coming out to giver her a hug, asking if she was ok. “That’s when I knew something was terribly wrong,” says Christine. “And that’s when I just lost it, I was just hysterical,” she says.

A couple of days later, still not sure what was going on, Christine went through a lumpectomy procedure. She thought that it was going to be a routine lumpectomy, so that the tumor could be tested, but it turned out that the tumor was deeper and in a duct, so the procedure became more intrusive. And then the waiting started. In fact, Christine recalls that it took about four days for her to get the test results. “That’s what I dreaded, because I just kept thinking it’s not cancer. There’s no way. I was too healthy,” Christine says. When she did receive the call, the lumpectomy confirmed that she had breast cancer. “I just kind of felt like I was run over by a truck,” she says. “I just thought that it was going to be a benign lump, but then I thew that it was going to be bad,” she recalls. 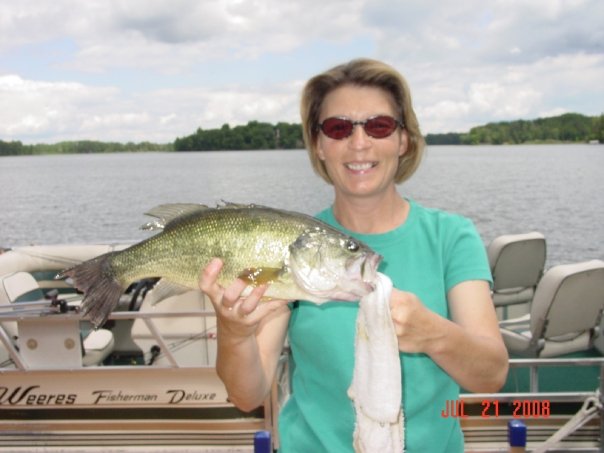 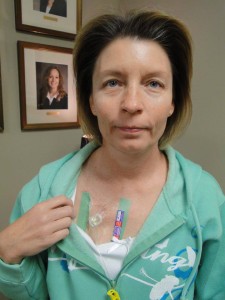 Christine ultimately learned that the type of breast cancer she had was Her2 positive. Her chemotherapy involved Taxotere, Carboplatin and Herceptin, otherwise known as TCH chemotherapy, a chemo cocktail. She took all three at the same time. And she remembers walking into the chemo room the first day and feeling very anxious, not knowing what to expect. “I walk in and see the people sitting in chairs and they’re all hooked up with tubes and poles,” she recalls. “And I sat in a chair and I just started crying.”

That’s when Christine discovered the camaraderie and the strength of friendships that take place in the chemo room. When she was crying, others reached out to her and let her know that it was going to be OK. “I’m asking them if it’s going hurt going in,” she remembers, “and they’re like no, you’re not going to feel a thing.”

Going Through Chemotherapy
It turned out that receiving the chemotherapy treatments wasn’t the hard part for Christine. It was happened after she received her treatments. “None of my treatments were anything I expected,” she says. The people that she personally knew who had gone through breast cancer had gone through their treatments without many complications, no nausea, some fatigue. Christine thought that she too would just feel tired. She was physically strong. “It was no big deal, I was going to whip this,” she says. “And I was so unprepared for what happened to me.” 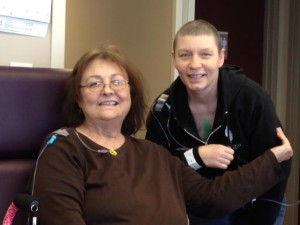 Four months into her chemotherapy, Christine took a break from the treatment, because she experienced quite a few side effects, including a lot of joint and bone pain. Not being a person who would ever ask for help, Christine found that she needed to rely on people for just about everything, while she was going through the initial part of her chemotherapy. “I needed people to get me food, help me get off the couch, get in and out of bed, change clothes, bathe,” she recalls. The support from friends and her family really helped her get through this period. She particularly found strength from her grandson, Liam. “I honestly, truly don’t think that I could have made it through this without him,” Christine recalls. On those days when she found it particularly painful going through her chemo treatments, her daughter Steph would bring Liam over to the house. “She’d run over with Liam and put him in my face and then I wouldn’t feel the pain,” she recalls. 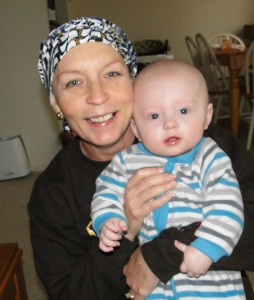 Eventually, Christine resumed her chemotherapy, including opting for a double mastectomy when she learned that she was Her2-Positive. In fact, she was able to have the breast surgery and recover from it in time before her daughter’s wedding.

For Christine, the road to recovery is now just about over. And she’s thankful for the support she’s received over the course of her treatment from her family, her health care team and her friends, especially the ones she made in the chemo room. And she’s quick to add that those friendships won’t end just because her treatment has.

Learn more about chemotherapy side effects and breast surgery options.