Faith Stevenson didn’t have time to be bothered by cancer. She was busy running her towing business and had just bought a restaurant. Now, with two businesses to manage, she was really stretched for time. There wasn’t any time in her life to deal with health issues, but that’s what she was now dealing with.

After a recent mammogram showed no signs of cancer, she was now in another doctor’s office waiting for the results of a follow up biopsy on her breast. She needed to get back to work soon and the clock was ticking. She didn’t have time for this. She didn’t have cancer.

The Breast Cancer Diagnosis
Now in the midst of her busy schedule, she was being told by her gynecologist to go see a specialist regarding doing a biopsy on her breast. Faith was no stranger to cancer, she had had a cancerous tumor on her right ovary a few years beforehand. At the time, however, her doctors removed the tumor and believed they had taken care of the cancer. In fact, she didn’t even need to go through chemotherapy. Since then, she followed up with her gynecologist every six months for a Pap test.

A few weeks before meeting with her specialist, Faith had noticed what looked like a little blister on her nipple. “I thought, I don’t think this a good thing,” she remembers and called her gynecologist, who told her to come in as soon as possible for a mammogram.

Following her mammogram, Faith was told that nothing seemed to suggest breast cancer. “She said you must have a little infection in your little,” Faith recalls, “and by the way, you’re due for your next pap.” Faith asked if she could just skip it, she’d been fine now for almost three years. “And she said no, gotta come back,” Faith adds.

And so the nuisance for Faith continued. Faith went back did the Pap and shortly after that received a call from her gynecologist, who said that she had found something in the test and wanted Faith to come back, yet again, in order to do a biopsy on her cervix.

When Faith came back for her biopsy, her doctor reexamined her breast as well. Noticing that it didn’t look any better, she asked Faith to see a specialist the next day. The biopsy was taken and Faith was told to come back within a week to go over the results.

“I was busy trying to run two businesses and I told the doctor, you know, I really don’t have time to come in for the results, “recalls Faith. who was not happy with the possibility of losing even more time away from her businesses. “Can’t you just call me and tell me over the phone. And he was like, now, you got to come in.”

So when Faith came back to go over her results, she remembers being on a tight time schedule, as she needed to get out of the consultation in time to zoom back to her restaurant to relieve a waitress she was watching the minutes pass, hoping to hurry everything along.

When was finally able to meet with her doctor, he told Faith that she had breast cancer. The news completely was a shell shock. And Faith recalls punching the doctor. “It is not, I just had a mammogram. It’s not cancer,” she said. Handing Faith the results of her biopsy, her doctor informed her that she had invasive ductal carcinoma, which was the most common type of breast cancer. 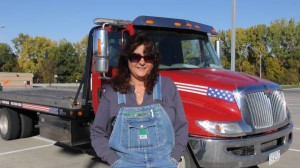 “And I just looked at him and was like, there’s got to be some mistake. You must have seen somebody else’s results. It wasn’t mine. I’m fine,” Faith recalls telling her doctor. Her doctor responded by telling her that they needed to talk about what they were going to do to treat her cancer. Faith remembers receiving a bag with a lot of information. She was told to go over the information thoroughly, write down any questions and to come back in a week with anyone else she’d like to have there with her.

When Faith walked out of the doctor’s office she tried not to cry. “I always say I’m a tow truck driver and I’m strong,” she laughs. “But I went out to my car and I started to cry. And I called my friend and told him it’s cancer,” Faith says. “And I cried so hard I couldn’t even drive, so I told him to com tow me home,” Faith adds with a chuckle.

When Faith got back to her house, she remembers going to bed and crying for seven hours straight. “And then I needed to go down to the restaurant before closing time,” she recalls. Faith was still in a shock over her diagnosis and just couldn’t believe that she had cancer. She remembers her gynecologist calling her that night, as she had read the results, and she told Faith to call her if she needed somebody to talk.

Breast Cancer Treatment
When Faith met with her doctor to go over a plan for her breast cancer treatment, she learned that she learned that her cancer was in her right breast, on the same side that she had had the tumor in her ovary three years 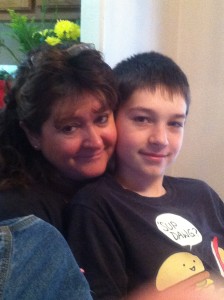 beforehand. Because of the connection, her doctor suggested that she might want to think about have a double mastectomy. “I don’t want to lose one, let alone two,” Faith recalls answering in alarm. “But I thought about it and I prayed about it,” Faith recalls. “I told Gold just give me a sign, I don’t know what to do,” says Faith, who was back working at her restaurant on a Friday night. “And a group of nurses came in.”

The nurses were in town to attend wedding reception and Faith had overheard them talking. Faith approached them and asked them what they would do if they were in Faith’s position. “And they said do the double. Then you don’t have to worry about it coming back on the other side,” she remembers them telling her. “You already had it on the right ovary and now you’ve got it on the right breast, just let them do the double.” The advice they shared helped to confirm the decision that Faith was already leaning towards.

Reaching Out for Help during Cancer Treatment 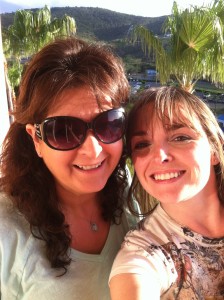 Faith doesn’t think she’s tough. She knows it. “I say good thing I’m a tow truck driver, I’m tough”, she laughs. Perhaps that’s why she’s always tried to do everything on her own, without asking for help. But going through cancer, with two diagnosis, and two operations, Faith realized there comes a point when you need help. She had always been strong for others, now others would be there to help her. “Thank God for family and friends. They were there for me,” she says thankfully.

And when Faith elected to have a double mastectomy, she realized that she was going to need to reach out for some help. “So then it was time for the surgery and I was scared to death,” 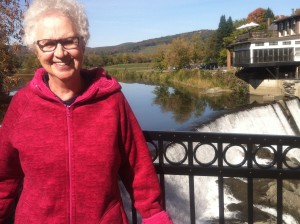 says Faith. “I had no boyfriend, no husband, so I called my sister in Texas.” Help was on the way, as her sister was there for Faith’s surgery and stayed to help her the week thereafter. Next up to help Faith was aunt from California, who came for two weeks to assist Faith.

During this recuperation period, Faith was also able to rely on the help of her kids, her mom, as well as from her employees, who brought her food from her restaurant. That was a benefit of having your own restaurant, but Faith remembers often not having much of an appetite during that period. 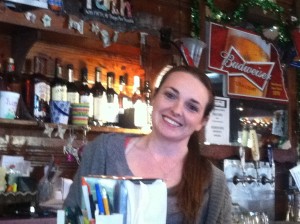 And how did Faith still manage to keep her restaurant going, as well as her two truck business, while going through her cancer treatment? “My daughter quit her job and went to work there full time and I had friends that helped me,” Faith recalls. “And my employees were great, they were wonderful. They put in extra hours and they had a fundraiser for me.”

A Change in Plans – A Cervical Cancer Diagnosis
And just when she thought she was on track to get back to her work, Faith’s plans were derailed once again. “My gynecologist called and said you have cervical cancer too,” Faith says, adding that she was going to need a hysterectomy as soon as possible. “So six weeks after my double mastectomy, I had a complete hysterectomy,” Faith recalls.

Following her hysterectomy, which was in December, Faith recalls her gynecologist telling her that she needed to rest and not do too much. “I know you’re trying to do two businesses, but you just got to rest,” Faith remembers her doctor telling her. Two weeks later, her doctor called to check-in with her to see how Faith was feeling. Faith told her she was at Kohl’s in the check-out line doing a little Christmas shopping. “You’re supposed to be at home resting,” she was told by her concerned doctor. Faith explained that she had grand kids.

Decision to Not Have Chemotherapy Treatment
Faith decided that she was not going to go through any chemotherapy. “My aunt had breast cancer and then she had colon cancer. And then she died from chemo induced leukemia,” Faith explains. “I swore that I would never take the chemo.” While Faith is quick to point out that she would never try to sway anyone else from taking it, she had made up her mind that chemotherapy was not a cancer treatment option for her.

And there was a benefit to owning a restaurant when it came to food, as Faith’s cook, Becker took good care of her. “Becker’s the best,” Faith exclaims. “He always tried to make things special,” she adds, as he would carve a 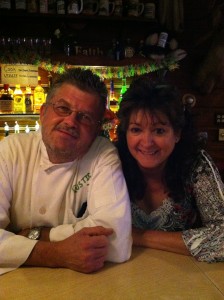 vegetable or fruit into a rose and add it to her meal.

Breast Reconstruction
Faith elected to have breast reconstruction. She recalls it being just as painful as her mastectomy. And then she experienced some complications when went back to work for her towing company. “I tried to go back to work too soon. I tried driving my tow truck and I might have kind of torn my right side loose a little bit,” says Faith, who then had another procedure to redo her right side.

Life Gets Back to Normal – Somewhat
Faith is now over two years cancer free. Since her journey with cancer, Faith found a way to slow down, somewhat. When one of her drivers from her tow truck business quit, Faith was driving her truck during the day and then working the restaurant at night. Needing a little rest once in a while, she decided to sell her restaurant. A decision that she is happy she made. She’s now only running one business, which for many, is plenty of work. And with her “extra” time she enjoys it with her kids and grand kids.

And even though she’s still busy and still doesn’t like to waste time with visits to her doctors, Faith will begrudgingly spare some time for her scheduled checkups with her oncologist .“You need to keep on top of those,” she says. “Whenever he tells me I need to come for a checkup, I’ll come.” 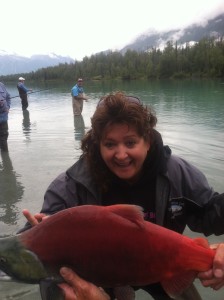 Staying Tougher than Cancer
“The way I looked at it, you just got to be strong,” says Faith about her battle with breast and cervical cancer. “Get up and do what you can do, don’t let it keep you down,” she says. “You got to be tougher than the cancer.”

Find more information on being diagnosed with breast cancer.