It’s been over 3 years since DeDra Robb was diagnosed with stage4 HER2-positive breast cancer. Since her diagnosis, DeDra has brought a just “do it” mentality to her way of living, as she leads a full, normal life, even while living with an advanced cancer and also going through her cancer treatment. 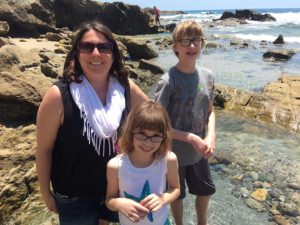 In this new video, DeDra shares her story with breast cancer. “it’s definitely not a road that I would have chosen for myself, but I guess I’m walking it,” she says with a laugh.

HER2-positive breast cancer is a type of breast cancer that tests positive for a particular protein called human epidermal growth factor receptor 2 (HER2) that promotes the growth of cancer cells.

Nearly 20% of all breast cancers carry this type of gene mutation that produces an excess of the HER2 protein. Because this type of breast cancer also tend to me more aggressive than other breast cancer types, some forms of cancer treatment have shown to be more effective in treating this cancer, such as targeted therapies. 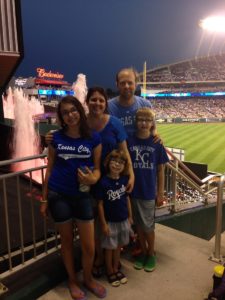 These treatments target the HER2 protein, like Kadcyla, which is a chemotherapy drug and is often used to treat advanced, or metastatic, breast cancer that has spread to other organs. It is often given to patients who have already been treated with Herceptin and standard chemotherapy.

DeDra is responding well to her current treatment with Kadcyla, which she has taken for over a year and half. Even while going through her treatment, she stays active, keeping up with her three kids and even trying out new adventures like fly fishing on a Casting for Recovery retreat and singing on the Onoclogy associates carpool karaoke series.