What is Lymphoma Cancer? 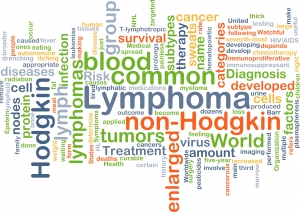 * What are lymph nodes? A lymph node or lymph gland is an oval shaped organ in the immune system. They are located throughout the body, including the armpit and stomach. Lymph nodes work to clear any foreign articles. They are vital to maintaining a healthy immune system.

Types of Lymphoma
Non-Hodgkin and Hodgkin disease are the two main types of lymphomas. Each type will affect a different kind of lymphocyte. Each type of lymphoma will also grow at different rates and will respond differently to cancer treatments.

While each of these cancers may produce similar symptoms, the conditions of each are different. The primary way to distinguish between Hodgkin’s and non-Hodgkin’s lymphoma is by examining a biopsy with a microscope to identify the type of abnormal cells within the sample.

There are many different subtypes of non-Hodgkin’s lymphoma, which include diffuse large B-cell lymphoma and follicular lymphoma.

Non-Hodgkin’s lymphoma is considered to be more common than Hodgkin lymphoma, as it occurs in roughly 90% of diagnosed lymphoma cases.

Hodgkin’s Lymphoma
Hodgkin disease is a much less commonly diagnosed form of cancer. This type of lymphoma is determined by examining a biopsy for the presence of an abnormal cancer cell called the Reed-Sternberg cell.

This type of cancer is also more likely to occur in younger patients than Non-Hodgkin’s lymphoma. In fact, both children and adults may develop this form of cancer, which tends to affect more men than women and is most common in early adulthood (ages 15-40) or even in late adulthood, after age 55.

What Causes Lymphoma Cancer?
Scientists still do not know what directly causes lymphoma. The likelihood of getting lymphoma may be based on various general factors. Here are a few: 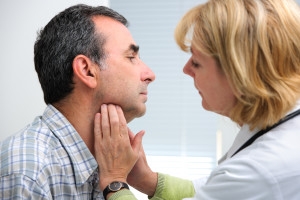 Symptoms
There are some warning signs to be mindful of regarding both non-Hodgkin and Hodkin lymphoma, such as the following symptoms:
Persistent coughing.

– Shortness of breath
– Swollen lymph node glands, such as in the neck, armpit or in the groin area.
– On-going fatigue.
– Weight loss
– Night sweats
– Fever

Diagnosis
There are currently no widely recommended tests for screening people without any symptoms. However, this disease may be detected early when patients are aware of the symptoms of this cancer.

Your doctor will examine for signs of lymphoma, such as feeling for swollen lymph nodes. However, having this symptom, as mentioned before, does not mean you have cancer, as the symptom may be a result of an infection, which can also cause the swelling of lymph nodes.

A biopsy of the lymph node may be necessary to check for any cancer cells. This test may involve the removal of part or all of a lymph node, or involve the use of a needle to take a small of tissue sample from an affected node.

There tests to determine how far the lymphoma has spread may include a blood test, chest X-ray, MRI, PET scan or a molecular test, which examines the genes or proteins with in the cancer cells to help determine the type of lymphoma.

Treating Lymphoma
In general, lymphoma is very treatable and many cases can be cured. The actual cancer treatment for lymphoma will depend on the type of lymphoma and how far the cancer has spread and its 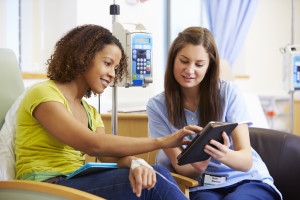 stage. Other factors in determining treatment may involve the patient’s age and general health, as well as the location of the cancer.

Non-Hodgkin Lymphoma Treatment
In general, the main forms of treating non-Hodgkin lymphoma are chemotherapy, including targeted therapy, such as the cancer drug Imbruvica, radiation and immunotherapy, which uses the patient’s own immune system to attack the cancer cells.

If either form of these treatments proves to be ineffective a stem cell transplant may be suggested. The first portion of this treatment will involve strong doses of chemotherapy which also kill healthy stem cells found in the bone marrow that help to create new blood cells. Following the chemotherapy treatment, the patient will be given a transplant of stem cells to help replace the destroyed cells.

Stem cell transplants may involve using the patients own stem cells or stem cells taken from a donor.

Another possible treatment option  for certain cases may be immunotherapy, such as the FDA approved Opdivo (nivolumab).

More Information on Lymphoma and Blood Cancer
Patient stories of going through Lymphoma – “My Journey Through Hodgkin Lymphoma”.